Top Ten Tuesday was created by The Broke and the Bookish in June of 2010 and was moved to That Artsy Reader Girl in January of 2018. It was born of a love of lists, a love of books, and a desire to bring bookish friends together.
This weeks topic is Audio freebie so I’m listing my ten favourite audiobooks.

Good Omens – Neil Gaiman & Terry Pratchett – Another list with Good Omens on it. The BBC radio adaptation was released a few years ago now and was amazing. At the time I was incredibly excited about this after many delays and cancellations of a TV adaptation, five years later there’s finally going to be one.
The War of the Worlds – H.G. Wells – I love the novel and musical version of The War of the Worlds so when audible released a version that combined the two it was perfect. This is the original novel, with some of the instrumental music from Jeff Wayne’s musical version. I’d recommend this whether you’re a fan of The War of the Worlds, or if you’ve never read it before.
We Are Legion (We Are Bob) – Dennis E. Taylor – This is an amazingly fun science-fiction. It’s full of other sci-fi and pop culture references and the science is pretty accurate. The descriptions of space and other planets and wonderful and I found myself getting excited and nerding out so many times while listening to this.

The Soulbreaker – Sebastian Fitzek – I’m a fan of Sebastian Fitzek, and there’s a couple of books now that have only been made available on audible, rather than translated into English. This is a gripping thriller even though parts of it are quite disturbing. I’d recommend it to anyone looking for a good thriller.
DI Jackman Series – Joy Ellis – I started listening to these in January, and have already listened to all four in the series. They’re amazing crime stories and Richard Armitage does a wonderful job of narrating them. I’m waiting for the next one in the series to be narrated.
Kill Someone – Luke Smitherd – This was a really interesting book. The basic premise is that the main character has to kill someone in order to save the lives of five kidnapped women. It really made me think about what I would do in this situation, whether I could do it, and who I would kill.

Horrorstör – Grady Hendrix – This is a great horror story set in an IKEA type store.
14 – Peter Clines – This was an interesting science-fiction/horror. Parts of it were a bit too farfetched but overall I enjoyed it.
The Worldship Humility – R.R. Haywood – This is a sci-fi/space opera written exclusively for audio. It follows the basic plot of a space adventure but it’s a really fun listen. I love sci-fi and I think sometimes you need to read/listen/watch something just because it’s fun without any deeper meaning.

Evil Has a Name – This is an audible original rather than an audiobook but it was really interesting. I’m a huge fan of crime dramas but I haven’t read/watched much true crime. Parts of the story were very disturbing, but it was fascinating to hear the story of the investigation and how they finally caught the Golden State Killer.

What are your favourite audiobooks?

Top Ten Tuesday is a weekly book meme created by The Broke and the Bookish, and is now hosted by That Artsy Reader Girl.

There are always hundreds of books on my TBR list, because I have a problem and can’t stop buying books, so here are ten books I’m looking forward to reading in the next few months.

In Bloom – C.J. Skuse – This is the sequel to Sweetpea, a dark comedy about a female serial killer. I didn’t realise that there was going to be a sequel, so I’m excited to find out what happens next, and how many more people are murdered.
Two Can Keep A Secret – Karen M. McManus – I loved One of Us is Lying so I’m really looking forward to this.
The Silence Between Breaths – Cath Staincliffe – The Girl in the Green Dress was one of the best books I read last year, so when I saw The Silence Between Breaths I immediately bought a copy and added it to my TBR pile. It sounds like a tense thriller and I can’t wait to start reading it.

Don’t Turn Around – Amanda Brooke – This sounds really interesting, but also really emotional.
Lost Daughter – Ali Mercer – I was so excited to read this book, I posted that I was planning on reading it last week, not realising that it isn’t actually released until May.
I Know Who You Are – Alice Feeney – I pre-ordered this back in 2017 and it’s finally due to be released in May.

Rosewater – Tade Thompson – This seems like a different science-fiction. I haven’t read any sci-fi set in Africa before s0 I’m looking forward to this.
Exile – Glynn Stewart – It’s been a while since I read a space opera and this one sounds really interesting.
The Hunting Party – Lucy Foley – This looks like a classic murder mystery

Chaos Walking – Patrick Ness – This is sort of cheating as it’s a trilogy, but I’ve seen a lot of recommendations for this and it sounds really interesting.

What are you most excited to read this Spring?

Top Ten Tuesday is a weekly book meme created by The Broke and the Bookish, and is now hosted by That Artsy Reader Girl.

I rummaged through my Goodreads shelves trying to find books that I wanted to have a sequel. Since I read a lot of thrillers there are lots of books I’ve read that don’t need sequel as the story is nicely tied up within one book, and a sequel would mean they lost some of that impact.

So here are 5 books that I need a sequel for.

Good Omens – Good Omens is probably going to appear on a lot of these lists, as one of my favourite books. While I’m aware that it is very unlikely that there will ever be a sequel to Good Omens, you can only have one apocalypse, I would gladly read a 500 page book about Crowley and Aziraphale with no other plot. Their friendship is amazing and I need more of it.

Asking For It – This was an amazing, emotional, book. Emma is sexually assaulted and this book deals with the aftermath
The ending of this book was frustrating, but realistic, and I’d love to a sequel set 5/10 years later about how Emma is dealing with the long-term effects.

Sharp Objects – Camille returns to her hometown to cover the murder of two preteen girls, and in doing so must face her neurotic family, and her past. This was a disturbing thriller with a lot of twists.
This is another book where I would like to read about the characters 10 years later, and how they dealt with the revelations of this book.

The Perfect Child – Hannah and Christopher have always wanted a child but were unable to have one. When Christopher treats an abused and abandoned child he thinks she will be the perfect addition to their family. Hannah’s not so sure, but nothing she says will convince him otherwise. Read my full review here.
I’d love to read a sequel with Janie as an adult to see how she’s changed growing up

The Host – okay, this feels like cheating slightly as The Host was supposed to be the first book in a trilogy, but since it has been 10 years since it was published, I feel justified in adding this to the list.


What books do you need a sequel for?

Top Ten Tuesday is a meme run by That Artsy Reader Girl.
For my first Top Ten Tuesday I thought I would do my top ten favourite books rather than this weeks list.

Harry Potter will always be a huge part of my life and I don’t think it’s possible to read them enough.

The Saga of Darren Shan

I don’t think I can put how much I love Good Omens into words. It’s such an amazing book and one that I recommend to everyone. The humour is very British and I adore the relationship between Aziraphale and Crowley. I have multiple copies of this book and I can’t wait for the tv series later this year.

War of the Worlds

War of the Worlds is a classic. I love the book and the musical version, and the audible version that combined them was amazing. It’s such a British response to an alien invasion in that everyone carries on as normal until the aliens are actively attacking them. If aliens are attacking people a couple of miles down the road then it’s fine.

This is such an emotional book. It’s such a difficult topic but it’s handled so well. While I usually prefer my books to have a happy ending, I think this book would have lost something.

And Then There Were None

I’ve read a few Agatha Christie books, but I don’t think any will measure up to And Then There Were None. This is much more than your typical whodunnit. There are so many books and films that centre around the plot of characters being killed one-by-one for past sins but none manage the plot twists that Agatha Christie created 80 years ago.

This is a wonderful book that reflects a sad truth of our society. It centres around Emma and the responses of her family, friends, and small town after she is raped.

This has one of the most powerful quotes I’ve read in a book:
“They are all innocent until proven guilty. But not me. I am a liar until I am proven honest.”
This really resonates with how rape victims and rapists are often seen by society. I’d recommend this book to anyone, but be aware that it is an uncomfortable read.

The Girl in the Green Dress

The Girl in the Green Dress is such an amazing read. I had to take a break more than once to deal with all the emotions this brought up. This is a massively underrated book that deserves more love.

We Are Legion (We Are Bob)

This is such a fun book and it made me nerd out more than once. There’s the descriptions of the science, planets and space, and so many sci-fi and pop culture references. This is a must read for any science-fiction fans.

The Seven Deaths of Evelyn Hardcastle

This is a very recent addition to the list. I only read it a week ago, but it quickly became one of my favourites. It was more than I was expecting. There are twists that keep you guessing to the end. This is much more well thought out than your usual mystery/thriller and I’m looking forward to Stuart Turton’s next book 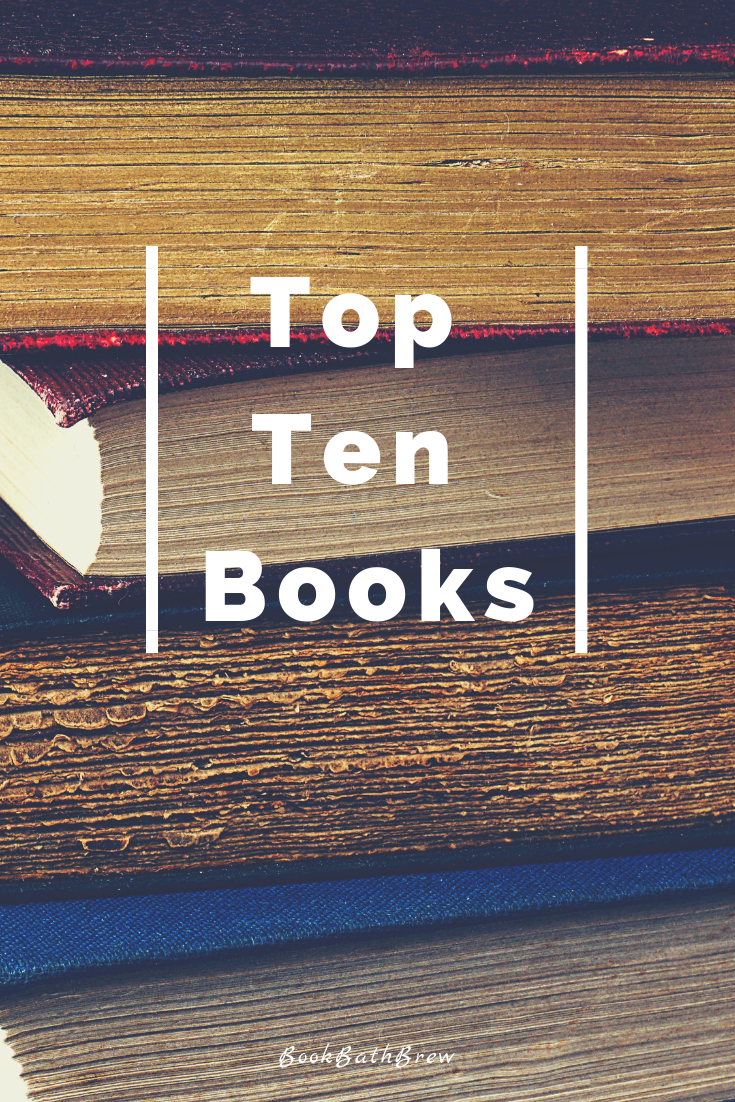